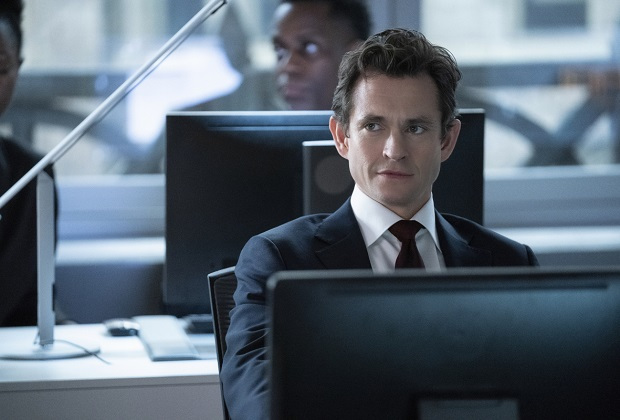 Hugh Dancy is lawyering up.

The Hannibal vet is joining The Good Fight‘s upcoming fourth season in a major recurring role. The casting news was announced Sunday by series creators Robert and Michelle King at CBS All Access’ portion of the Television Critics Assoc. winter press tour.

Dancy — who is coming off of a three-season run on Hulu’s The Path — will play Caleb, a former military officer who now works as an associate at the huge multi-national law firm that has acquired Reddick Boseman & Lockhart. However, his wit and decency threaten to make him a better fit with Diane and Co. than the overlords.

Dancy will next be seen acting opposite his real-life wife Claire Danes in a multi-episode arc on Showtime’s Homeland.

As we exclusively revealed last month, Season 4 of the Good Wife spinoff — which is slated to premiere in late winter/early spring — marks the return of franchise vet Zach Grenier in the role of David Lee. Michael J. Fox is also set to reprise his Good Wife role of Louis Canning on a guest star basis.

King recently revealed to TVLine that Season 4 will focus less on President Trump and more on the hell 45 hath wrought, legally speaking. “We’re going to comment more on what the current political situation is doing to the law, and some of that has to do with Trump directly but a lot of it has to do with the collateral damage of the dropping of present-day values and guidelines,” the EP previewed. “There’s a tendency that people have now of thinking subpoenas can be ignored, and we wanted to look at how it played out because so much of courtroom drama requires people following the rules. But what kind of courtroom drama do you have if [suddenly the rules don’t matter]?”